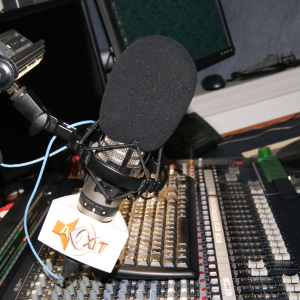 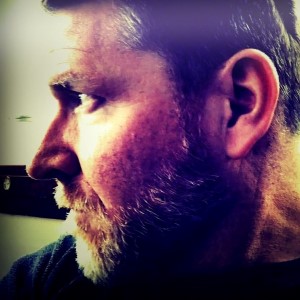 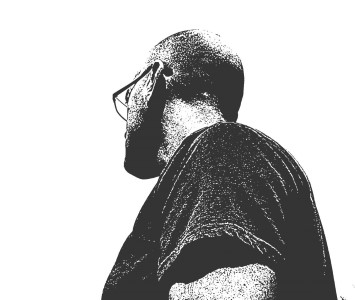 Dj Acxit Acxit Playlist / 22:00 - 24:00
Update RequiredTo play the media you will need to either update your browser to a recent version or make sure JavaScript is enabled.
in Les DJs

Reputedly the Godfather of Montreal Disco Robert Ouimet's career as a deejay started in the early 1970's at a small club on Guy Street where he worked for a little over a year known as The Love. His obvious talent for moving and grooving the crowd was soon noticed and mid-1973 he was approached to join the in-house staff of a newly-opened club on Stanley St. called The Limelight where he remained as their principal deejay from 1973 to 1981.

In addition to his role as a disc jockey Robert was a regular contributor to The Steede Report, published in Montreal from 1975 to 1979, writing a column dedicated to the recent arrivals of imported records. Also he was responsible for remixing Francine McGhee's vocal/instrumental mixes of Feeling Good and Delirium, on the charts listing the 15 best songs in the UK for 1977, and also Gino Soccio's The Visitors, having been a consultant to Soccio for his first 3 LP's.

Furthermore, Robert co-produced many records licensed in the US by such labels as TK Records, RFC/Warner Bros., Arista, and Quality Records of Canada, featuring artists like Mighty Pope, Karen Silver and Star City.

In 1977 also Robert went on to win Billboard Magazine's Best Canadian DJ Award. Similarly he received Gold records for introducing his public to such artists as Boney M, Donna Summer, Musique and Gino Soccio to name but a few, plus a special commemorative plaque/mirror from the Saturday Night Fever soundtrack.

For two years he was the music consultant for CTV's Feels Like Dancing television show in addition to hosting his own regular radio show on CJFM in Montreal. Also in the late 70's, Robert penned a column on all the latest imports for Dance Music Report magazine. And, not one to rest on his laurels, Robert was the driving force behind the Montreal live performances of The Salsoul Orchestra, James Brown, Grance Jones, Ritchie Family, Gloria Gaynor, The Trammps and Punk Band 999.

The 80's saw Robert, after the Disco craze subsided, he was the very first deejay to bring a pre-cursor the New Wave sound, playing his trade at one of Montreal's best alternative clubs known as Club Studio One and at The Garage, the Gay club of that era, plus Danceteria, a well known after-hours hangout. Furthermore he produced a song for Polydor Canada: The Beat Of The Night written by Maggie, that proceeded to sell more than 10,000 copies. Also, he did some remixes for the band Lime and the Hi Energy disco singer Carol Jiani.

Early in the 90's, Robert was signed as recording artist by Hi-Bias Records that released over a dozen 12 inch singles which were all very well received and especially so by the British press. Also, he worked at Numusic, Canada's largest independent music specializing in imported music and where he did many remixes for their labels including a special mix of Master At Work with the track Voices.

In 1993 he went on to win a Juno Award with his partner, Miguel Graça, for Best Dance Song: Thankful performed by the Red Light group. During the late 90's, with some friends Robert founded a vinyl records dance distribution outfit called Nice Music that is still in existence today. He worked also at various clubs including an after-hours club, Red Light.

Today, Robert continues to perform as a deejay at such Montreal hangouts as Stereo, Sky Club and Pub and 1234. U.N", PEOPL, Just recently he launched 2 recording labels, together with his business partner Mike Perras, aptly called Mikrobe recordings & Bouche A Bouche with many tracks already released on the web.You can also listen to his radio show once a Month with ACXIT Web radio With Dj Mignacca titled "Kickin'Ass" dedicate to soulful deep and deep teck house + some classic disco thrown in and just last month he started a new show Called "Different Angle" covering new artists doing some modern new R&B, funk, with a slick 60's 70's feel..and more....